‘Always in the shit, only the depth varies’ should be my motto. 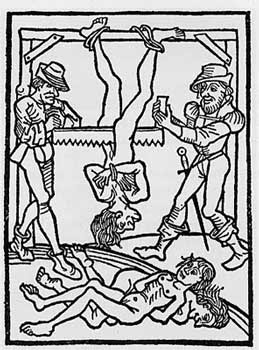 The equable division of assets

Realising I had better do something fast to sort out the Marcia issue, I felt it about time to fix bayonets and come out of the trench fighting. I wouldn’t just tackle the ‘Pedido’ issue, I would get to the root of it and file for divorce. I realise that one of the consequences may be my deportation from the country but I am trusting on the support of friends and, hopefully, my soon to be won over new family to avoid such a calamity. Like those poor bastards on the Somme, though, I have run straight into a withering hail of machine gun fire.

What I needed was a decent lawyer. Choosing a lawyer has to be about as scary as choosing the means by which one will be tortured. Do we prefer the bamboo splints under the fingernails or the wet towel over the face? Perhaps a good beating with rubber hoses or a toasting over hot coals? However horrible, if the pain is defined and anticipated, one can at least prepare for it. In this case, all I have to aid me in my choice is a series of nameplates on doors, the potential horrors within completely unknown to me but enhanced by nervous imagination.

I am really frightened of lawyers. They seem to have the finely honed skill of assessing their victim’s, I mean client’s worth and then exhausting all of that in the pursuit of an increasingly academic outcome. Securing the divorce their client wanted may be another success for them but the fact that their client is now ruined doesn’t seem to count against them. A victory is a victory, even if it was a Pyrrhic one. Perhaps this is why I have left it four years before finally taking the plunge.

First thing I did was to ring my wife.

I was pathetic. The last thing a wife wants to hear is their estranged husband bleating on about how much he loves his girlfriend and how he only wants to build a new life with her. For no matter how long said husband has been with said girlfriend, as far as wife is concerned, the silly girl is just the latest in a no doubt long string of doomed alliances and merely further justification of her decision to leave said husband in the first place. Naively bearing one’s chest like that only gives her one more opportunity to stab it with a bread knife.

Reeling on my back foot, I hung in there and eventually an agreement was reached. Naturally, all costs are down to me. The wording of the paragraph in the petition dealing with custody of my son will have to be formulated with the delicacy and careful eloquence that would tax a trained and experienced diplomat.

Having been given the green light, I now had to appoint a lawyer. With so much riding on the outcome, I lacked the courage to make the decision by myself so solicited the advice of those few trusted friends I have here. As they are all normal, well balanced individuals, other than for business matters, none of them has had any experience dealing with lawyers in the resolution of personal issues. They could also recognise a mine field when they saw one and none of them wanted the moral burden of a recommendation that could so easily go horribly wrong. Polite and sympathetic as they all were, not one was willing to make any kind of commitment and I received only the vaguest references. Oh, they all seemed only to eager to man the dressing station and patch me up if I survived but the final assault on enemy positions would be my honour. Essentially, I was on my own.

In the years that I have been here advising clients on asset protection and risk management, I have made a few contacts and am aware of some of the more reputable legal firms. Most of them are affiliated to Portuguese firms and support the various industries here in Angola. Not one of them, not one, would touch a divorce in Angola. It is hard to remain confident when, having delivered my protestations that I had the assurance of my wife that the divorce would be uncontested so it was merely a bit of form filling and filing, I saw the man on the other side of the desk barely able to hide an incredulous sneer at my evident naivety.

‘So you separated over four years ago?’

‘And this separation was confirmed by a Notary Public and registered with the court?’

At this point the lawyer would fiddle with the papers on his desk, avoiding eye contact, preferring to glance instead at the door through which he was no doubt praying his clerk would emerge to breathlessly remind him of that ever so important appointment with the Minister now waiting for him in his chambers. The clerk, of course, would fail to appear and the lawyer would sigh.

‘You married under the regime of ‘Communiao de Bens’ (joint assets)’.

‘Yes, but at the time of the separation I paid my wife out. I gave her the house in Maianga and I sold the house in Cape Town’

‘And these payments and transfers of title were recorded and duly notarised by a Notary Public?’

Now there was no disguising the look of utter stupefaction on the man’s face.

‘Since this, erm,' his eyes searched the room for the right phrase, 'non-legalised separation, you have made investments?’

‘Well, yes of course, I have the house in Benfica, the farm, another big plot in Benfica and I am buying a riverside plot on the Rio Kwanza.’

I could see him doing a quick mental calculation.

‘And your wife, how much is she worth, do you think?’

‘Haven't the foggiest idea. Apart from the house, not much I would have thought.’

‘You see the point I am making?’ He studied me carefully as a schoolmaster would a particularly dim-witted pupil, in an attempt to discern any kind of comprehension whatsoever.

Despite what I had previously felt about lawyers, these were reputable individuals that had no desire to preside over the financial destruction of a client.

‘I really hope that your divorce will be uncontested but, sadly, we find ourselves unable to take you on. I really do wish you the best of luck’

And they were sincere, I am sure of it. I am also convinced that they were left incapable of understanding how anyone, with even the remotest modicum of common sense, could allow themselves to be so exposed. In a nutshell, it was because I was scared of losing access to my son. This isn’t my world. I am a very small fish in a large, very strange pond predominantly inhabited by predators. Hiding in the weeds has kept me alive so far but only served to delay the inevitable. Perhaps I wasn’t hiding in the weeds all this time after all. Maybe I was just dancing on the end of a hook. I will find a lawyer and I can only hope that small as I am, and at my age, I can still swim as fast as I am going to have to over the next few months.

My current motto may have proved singularly appropriate to me. I wish, though, it had been, ‘Semper letteris mandate’.

PS: On the subject of awful latin, 'Divorce' is latin for 'extracting a man's wallet through his penis'