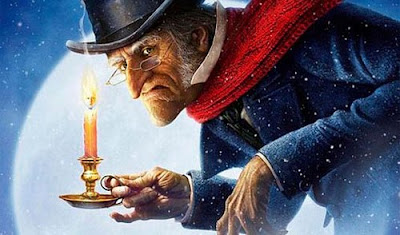 We are following the weather in Europe on the satellite news channels. I know that for the denizens of the North it must be a real inconvenience, but I rather wish I was there to experience it. I am sure the novelty of sub-zero temperatures would wear off quite quickly as digits unaccustomed to anything cooler than dessicating heat suddenly seize up and refuse to soldier, but warming them up afterwards in front of a roaring fire in some local public house clutching a pint of the landlord’s best bitter would make near fatal hypothermia worth it. Thinking about it, I would gladly sacrifice a frostbitten toe or two for a firkin of real ale.

Most of Europe seems to be grinding to a halt, but in Angola we are similarly paralysed. North of the Equator, the culprit is snow, ice and in the UK, a lack of grit, both the crunchy and the John Wayne kind.

Here it is incessant rain. This is by far the wettest rainy season I have seen in a decade. The roads now resemble long, straight archipeligos; vast pothole-concealing muddy brown lakes dotted with the occasional small island on which forlorn pedestrians cluster, wondering which way to step next. Perhaps over the bonnet and roof of that half submerged car? Maybe by clinging to the perimeter walls of adjacent properties they might advance a few yards closer to home? Or, as most do with typical stoicism, strip off shoes and with dresses and trousers hoiked up as high as they will go, just wade through, possessions wrapped in bundles balanced precariously on heads, feet scrabbling for grip on eroding substrate. Fort Gowans is to the right of the road, I mean lakes. And we are on the high ground...

It is a great equaliser. The owner of the grand 4x4 is as stuck as the driver of the aged compact saloon and all must join the car-less masses trudging through the same sticky goo. Gardens flood and turn to slurry. Despite best efforts, floors are impossible to keep clean. None, regardless of status, dress in more than shorts and T-shirts and no-one has clean shoes anymore. Neither fuel nor water tankers can reach the neighbourhood so we all muck in together and trade when necessary. Eggs for bread, water for diesel, meat for vegetables. Within the community, we have all we need. For the time being, anyway.

Marcia could not complete the Christmas food shopping and was nearly stranded; a friend with a more rugged vehicle had to go and rescue her. Our truck fell into a particularly nasty pothole and damaged its suspension or, as I suspect and since we are on the subject of holes, that Shithole of a driver of mine crashed it into a water filled ravine at high velocity and trashed its undercarriage. I won't get it back until after Christmas, always assuming the roads get a chance to dry out.

Water tanks, all set into the ground here, are flooded with run off and the water that does cough and splutter its way out of taps resembles well brewed English Breakfast tea, though clearly not as appetising. Especially first thing in the morning when, after yet another sticky night with no power, having traded sleep for the resignation of being little more than a packed lunch for voracious mosquitoes, all you want is a cool, cleansing shower.

At Fort Gowans, we still have a reserve of clean water and the freezer in the pantry is full of buckets of frozen water which the neighbours collect, both for something cold to drink and to help keep food fresh in cool boxes. Last night and this morning, Marcia made loads of cakes to give to the neighbours so they at least had a little festive fare as they too could not complete their shopping. I will be making trays full of ginger, chocolate and spicy biscuits as well as gingerbread men, assisted by two able bodied volunteers, Dominic and Alex. We may not have managed to find a turkey, but we do have plenty of butter, flour, wild honey from the forest (so wild, it still has bees floating in it and I guess they were pretty angry when they fell in), brown sugar, fresh fruit from local trees, vegetables and eggs from the chucks in the garden, along with a cupboard full of spices. Dinner may not perhaps be one usually associated with Christmas (I will do a Beef Wellington with roast sweet potatoes dug out of the field nearby accompanied with rain washed vegetables and a rich onion gravy), but the munchies will definitely be festive. And who could object to a Ginger and Mango steam pudding with fresh cream? Oddly enough, beer and fags seem to make it through the deepest of quagmires.

By now those in the Northern Hemisphere will have tired of the picture postcard, chocolate box wintry environment they are enduring rather than enjoying, but how many in the past have wished fervently for that romantic White Christmas, chestnuts roasting over an open fire, miraculous transformations of cynical souls and the perfect harmony of erstwhile strangers standing in snow, crisp and even, singing 'Good King Wenceslas Looked Out' while dispensing mulled Christmas cheer (the kind I like) and mince pies?

All we want for Christmas here is the sun and today that's just what we got. As the icing on the cake (although I hesitate to type these words in case Fate considers it unreasonable temptation and kicks me in the teeth), the power has just come on after nearly a week's absence so even my gasping generator, supplied by R Cratchit and Son, might enjoy a festive break.

So, in spite of everything, and likely as not it is the same in an Arctic Northern Hemisphere, we are not only making the best of it, we are enjoying ourselves.

Marcia has just rushed in to say a snake, presumably its usual residence outside being flooded, has just slithered into the pantry and is now hiding in amongst the sacks of rice and pulses destined for our table. From her description, I expect to see a writhing monster fluffing up hundredweight sacks of flour to use as pillows having shoved the freezer out of the way to give itself more room. Knowing Marcia, it is more likely to be the size of a boot lace and, probably half drowned, just as animated. Nevertheless, if I am to get at the ingredients and realise the munchies, I guess I am off on a snake hunt. Actually, I can’t be bothered so Dominic and his mate have just volunteered. Personally, I would like to leave it to settle in and stand guard over my cereals against the constant onslaught of mice. Thinking about it, I will go and find it. If it is a constrictor, I will convince Marcia to allow it remain as a new addition to the household and enjoy all the rodents it wants as trite revenge for the fact she would never let me have a cat.

The thought of a snake in the house is bound to give Marcia kittens so by this time next week, I am certain she’ll have found a neighbour with a spare one for me to raise as a rat catcher supreme. Yet another festive blessing!

To all of you, best wishes for a very enjoyable Christmas and a prosperous and healthy 2011.

And may your God go with you… but best take your Wellies, just in case.

Flowers Can't talk, But They Say So Much

Who has time to feel for the single bud that out of a whole garden, lost its chance to bloom? 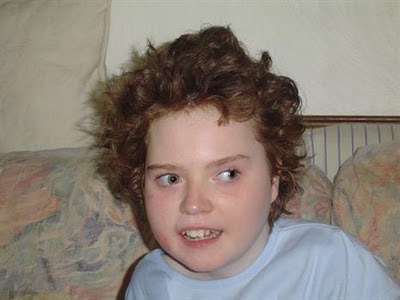 Jenni's Story. Created by Steve & Fiona on 03/12/2010
"From the window of the maternity room where Jenni was born you could see the sun shining on the nearby lighthouse, and her Dad thought at the time, what a perfect start to a life.

We often think that something of that sunshine stayed with Jenni throughout her life, as there was something about her smile that could always light up the day.

Jenni had Rett Syndrome, and although it is usual today to say of people like Jennifer that they have special needs, and that is quite true, we prefer to think of her as just special, and we know that she touched the lives of everyone who met her. Friends, teachers, nurses, everyone seemed to feel that special something about Jenni, that indefinable quality that just made you feel better. Nothing was quite so good as a cuddle with her, and at the end of a grim day 5 minutes sitting with her put it all back in perspective. Jenni could not walk or talk, or hold out her arms for a cuddle, but she definitely knew more than she was letting on, and you always knew how she felt about something...."

I am not asking you to share the grief of my lifelong friends, Jenni's parents, I am asking you to join them in celebration and gratitude for the short time that Jenni graced this earth bringing, in her own special way, joy and happiness to those who had the privilege of being with her.

Our Earthly garden has lost a lovely little flower and I am so very sad. But who knows in what comfortable bed, and under which warming sun, caressing rain and tender hand she blooms now?
Posted by Hippo at 22:00 5 comments: