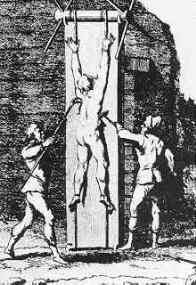 Managed to contact a lawyer through the local German ‘mafia’, the expat group who stick together like super-glued flesh of which, by birth I am an honary if not terribly active member. Naturally, a man as busy and corpulently successful as Herr 'T' would only see me on a Saturday if I bought him lunch, and being Bavarian this included 5 litres (yes, I was quite impressed as well) of Bitburger Pilsner. I didn't even know they sold it here, whcih is probably why he insisted on choosing the restaurant as well.

The long and the short of it is that it is vital that the divorce is not contested. Otherwise, she could go for half of everything again. That'll teach me to laugh at guys like Richard Burton but at least Mr Burton masochistically repeatedly married his wife thereby legalising his subsequent flaying. I have paid out once already and am still trying to get the same four year process concluded and yet there always seems to be just one more, invariably costly impediment that must be surmounted. It is like hiking in the Alps. You go cantering and singing over the crest of, ooh, I don't know, about the thousandth hill so far only to discover that all these highly paid experts have somehow forgotten to tell you about the sodding great mountain that still sits between your exhausted body and Switzerland. Sound of Music? There is something noisily rushing through my mind at the moment but it has more homicidal than poetic overtones. Naturally, the lawyer confirmed all my worst fears by explaining to me that his practice would fight loyally on my exclusive behalf and that everything would go OK...unless I ran out of money.

In my favour, I have kept everything out of my name. On the bad side, the court will want to see my bank statements. Bad enough with the amount of money I have pushed through it of my own but bloody disastrous when all the company money that went through it to build the site is noted. Try convincing an Angolan court faced with a foreign plaintiff and an Angolan respondent that none of that was mine. I think I need to take the bank manager out for lunch. I think I will be buying a lot of people lunch in the coming few weeks...

I was hoping to file my accounts and reports to head office today so that I can finally go on leave tomorrow. Server’s down. I have rung Dubai and they assure me that they will get me on line again. In the meantime, I am idling around mainly trying to stop Dominic, who is with me at the moment, setting fire to anything. He’s unfortunately a chip off the old block and shows all the signs of being a true pyromaniac. And while he doesn’t know what to do with them once he has won them over, he regularly charms the wits out of a seemingly never ending series of highly attractive women. Yesterday it was the Chinese waitress in the restaurant. God she was stunning. Took him about five minutes to get her name and telephone number. Not bad considering that her command of either English or Portuguese was about as good as Dominic’s Mandarin Chinese. Sitting opposite a cynical Teutonic lawyer, I did my best to keep up the pretence of being a responsible, cruelly cuckolded husband all the while that Dominic exhibited every sign of being a highly trained hound bringing the best birds home to its master. Believe me, if it hadn’t been for the presence of the worst kind of witness and with Marcia locked up in a tower for safe keeping by her family and all, relief of the sort that Dominic was arranging and I could have so easily closed in on would have been particularly welcome. Having to accept the addition of frustration to my list of woes is particularly irritating. All the accommodation on the site is full so I cannot nick a spare mattress out of one of the other rooms and at eight, Dominic is well able to fight for his space in the bed so I slept on the floor of the container, separated from hard, unyielding steel by only a millimetre or so of linoleum. It was a rotten night not helped by the dogs who, loyally intent on demonstrating that they at least still loved me and delighted that I should choose to sleep with them, tried to lick me to death and shared everything they had with me, including foul breath, buckets of saliva and clearly starving ticks.

Just received a phone call from the lawyer. I must pay him $5,000 before we can pass ‘Go’, and to get round the board, so long as I do not land on any community chest or go to jail squares, will cost me another 10-15, just his ‘legal’ fees you understand. Gulp. I told him to get on with it. Odd isn’t it? I was hoping that the whole deal wouldn’t cost me much more than five grand but took 20 out of the bank on Friday. Bastard must have been hiding behind the pot plants.