I still occasionally receive notifications from auction houses for forthcoming sales in which they have pleasure in bringing to my attention particular entries which may arouse my interest and ‘should not be overlooked.’  I admire their optimism.  I am no longer in the market for classic cars, especially now that prices are ludicrous and I am skint.  The only auction I know of around here is the one run by Angolan Customs to rid their warehouses of uncleared imports.  Since it is rigged, there is no point going.


Racing car prices (the prices are racing, not the cars), though, like soaring stock markets do provide the investor an opportunity to make quite a return.  As values of vehicles possessed of rarity, beauty, engineering excellence and provenance are hammered to the stratosphere, the values of others less blessed rise as well.  Even the value of American cars, relatively few of which possess any of the forgoing qualities, are soaring.
Despite the rave reviews it attracts now, the Ferrari 365 GTB/4 Berlinetta, better known as the ‘Daytona’, was about as well received as a replacement for the gorgeous 275 GTB/4 as Jaguar’s replacement for the E-Type, the truly awful XJS.  The coupe ‘GTB’ version was so unpopular that many owners, realizing that attached to the expensive badge they had bought was an ugly car, cut the tin tops off and had them converted to ‘GTS’ (convertible) specification (which had some redeeming qualities) in the hope of their cars commanding a better resale value.  The kudos of the model took a further cruel blow when a replica with Corvette underpinnings starred alongside Don Johnson in Miami Vice. The acting of both was execrable.
Still, there is no accounting for taste so when an ex-boss of mine (I seem to collect them) emailed asking which classic Ferrari he should buy as a long term investment, I advised him to buy a tin top Daytona GTB/4 in any original colour but brown.  I even found him a pristine, original, low mileage example up for grabs at less than $100k.  He could have slapped cash on the table and had it for around $80k.  I don’t know how much he paid, bosses very rarely acknowledge even accepting personal advice from a subordinate much less offer thanks if following that advice proved lucrative, but I watched the value of the unloved  Daytona climb steadily and it was to a rather ordinary Daytona requiring refurbishment and recommissioning that one auction watcher drew my attention.  I see the estimate is between $600-750 thousand.   A quick search of other Daytonas suggested an average of a million dollars for one in excellent original condition.  So long as he hasn’t pranged his or been forced to part with it to placate irate tailors or soon-to-be ex-wives (I let go of a Cobra for similar reasons), it will have been a good return for my old skipper.


It was this tenuous link to Daytonas that provoked me to cast an eye over other interesting cars on offer and there was this, claimed to be the rarest of Jaguar models, the XKSS.
Having triumphed at Le Mans with the D Type in 1955, 1956 and 1957 Jaguar, with stiffer competition and new regulations decided to convert 25 of the remaining D Type chassis to road going versions of the D Type, and called it the XKSS.  A fire at the Brown's Lane factory destroyed all but sixteen of the cars under construction, most of the survivors going to the US (Steve McQueen had one).   If we are talking about rebodied D Types, however, the eye-wateringly expensive XKSS (at least one owner turned down $10 million for his) is not the rarest.

Chassis number XKD513 ran at Le Mans for two years before crashing.  The car was bought by coachbuilder Giovanni Michelotti of Turin who decided to rebody it.  The result, under the skin, is pure racing D Type (all the mechanical components are interchangeable) but could not be more different in appearance.  It is said that he performed the styling exercise in order to attract mainstream British vehicle manufacturers and, if true, was successful to an extent as Harry Webster, the Director of Engineering for Standard Triumph asked him, about the same time, to drag Triumph’s styling out of the Thirties (although which came first is arguable).  Either way, comparing Michelotti’s version of the D Type with Jaguar’s, I am reminded of what the Italians and English each think of as sensible attire…

Mind you, the clothing and car styling analogy doesn't hold true for Germans because a man dressed very much like this... 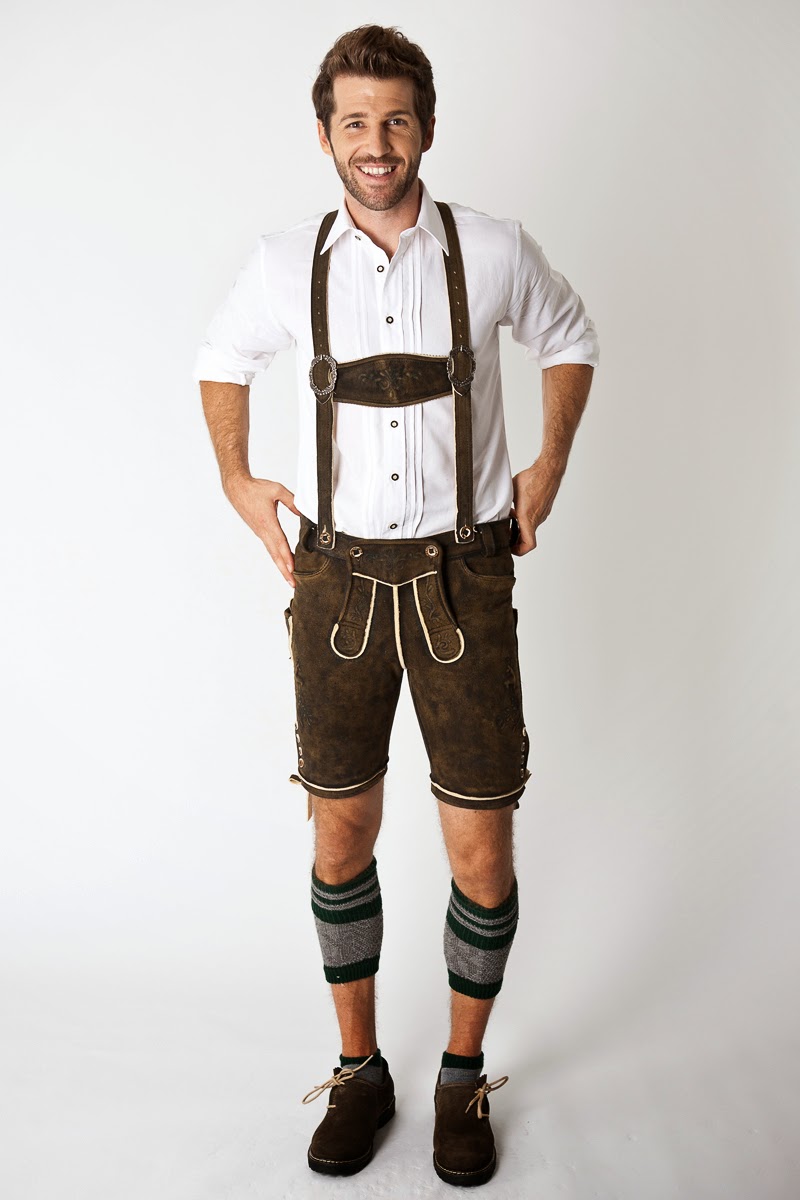