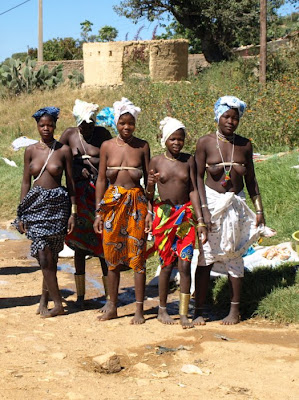 Every day as I drive to the site I pass these women busy doing their washing in a well by the side of the road.

Called M'Huilas, they are traditional to Huila Province, Angola.

The best part, however, was that when I offered to take their picture, rather than rush for bras and T-shirts, they all stuffed a rag on their heads. Only then would they allow me to take the photo.
Posted by Hippo at 12:40