What a nice bunch of people 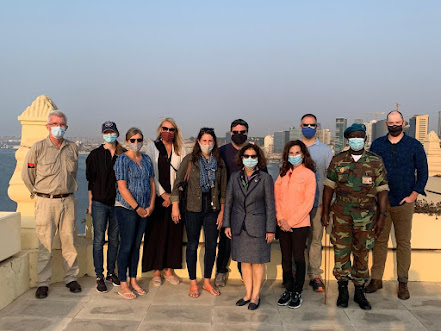 I presented myself at the Embassy where my arm was stabbed with commendable sympathy and skill by a very attractive and most professional bi-lingual Angolan nurse whose name I soon discovered, never having been able to resist chatting to anyone attractive, was Marcia, same as my partner.  Even as she clasped my upper arm with a hand soft as butter and advanced with the other bearing a needle on the dangerous end of a syringe I could not help wondering how I always seemed to meet the nicest people under the most unusual circumstances.

‘Just a small prick’ she murmured.

Whether this was a conciliatory warning or an observation was something I only afterwards briefly considered, either would have been applicable in my case.

Prior to the actual jab, I was interviewed by an evidently superior medical authority who, amongst other enquiries, appeared keen to ascertain my proclivity, if any, to spontaneous bleeding.  Only after pub fights I told him which, given my failing eyesight and aged joints, tended to occasion a greater loss of blood, my blood, than when I was younger.  He seemed quite alarmed so I assured him that at all other times I was generally quite good at hanging onto the red stuff.

Normally, one is obliged to wait fifteen minutes after the jab before continuing on one’s way for fear that one may keel over and die of shock.  Clearly, medical professionals would prefer their patients to do this in front of them rather than behind the wheel of a car doing a hundred miles an hour along an expressway.  With scant regard for their fellow citizens, these two sporting individuals seemed happy to release me back onto the streets of Luanda immediately.

I am sure, therefore, that it was only because I was ‘double jabbed’, and did not leak blood everywhere as a consequence, that I was invited to be involved in the visit of a delegation of US senators to Angola, rather than as recognition by higher authority that I possessed any useful skills. 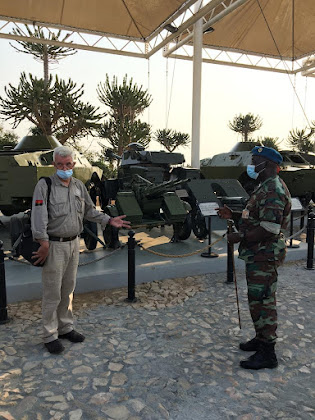 It was an enormous pleasure to meet with these professionals.  The United States is a major donor to mine action initiatives and it is only fair, and highly desirable, that the key holders to US coffers come here and see for themselves the positive impact of such investment.