Washing the Blues Away 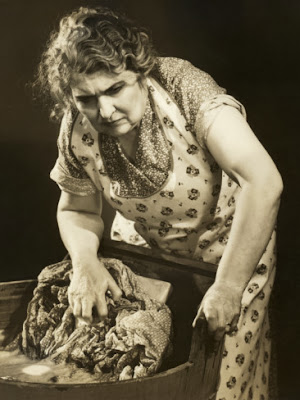 Frank came in to grab a plateful of food for his lunch.  I gave him three unopened packets of cigarettes and told him to put them back in the shop.
‘Thankyou!’ said Marcia, ‘with the whisky and cigarettes you were spending $25 a day!’


‘No I wasn’t,’ I said, ‘a bottle of whisky is ten dollars, and fifty cigarettes two-fifty so I was spending twelve fifty a day, not twenty five.’  Mind you, that still amounted to 375 bucks a month up in smoke or pissed against a wall.  Women always exaggerate the cost of anything their husbands do.  As a rule of thumb, whatever amount they claim, divide it by two and you are more or less at the real figure.  Conversely, women will always lie like cheap Chinese watches if you ask them how much they spent on a shopping trip and will always precede any amount confessed with the word ‘only’ and end it with the word, ‘Darling’.  This usually wildly optimistically low figure should be at least trebled to avoid a coronary when the debit card bill arrives. I recall once commenting on the price of a pair of shoes she had bought herself after catching sight of the invoice, ‘Christ!’ I said, ‘I have never paid more than a hundred and twenty quid for footwear in my life, and they were bespoke!’
‘Yes!’ she had retorted, ‘But they were made before I was born!’


I suppose a ton and a score for a pair of boots was a lot of money back then.  I could have argued convincingly what good value the investment represented since I had enjoyed so many years out of them compared to Jimmy Choo’s, which look decidedly shabby and second hand after one light outing, but I was too busy considering the inescapable fact that my boots were older than my wife.
Frank took the cigarettes and as he did so, I reminded him that I had given up alcohol and tobacco and for my next trick I said with a sly wink (just as Marcia was nearly out the door) ‘I am going to give up sex’


‘EH!!!’ Marcia exclaimed and Frank creased up.
I only asked for one thing for Christmas and I was disappointed.  Things are tight for us at the moment; they have been for the last couple of years.  The great flood put me back a year and cost me half the building budget and I lost another year and a big chunk of what was left when the contractor went bust so I am not kidding when I say we are watching the pennies.  We survive reasonably on the income from Marcia’s shop and her trading, and on the interest on my savings.  Touching that capital is out of the question, that’s our safety net.  I agree, therefore, that $1,200 for something only I will ever use is a bit extravagant.

But I had seen it.  It was beautiful in its white and chrome livery.  Even though it was fully automatic, with all those buttons and dials I knew the handbook would be the size of an encyclopedia.  I knew the perfect place for it in the house.  In fact I had designed the house with one in mind. I didn’t just want it, I needed it.


Since Marcia was in a very good mood, what with the wedding festivities, me giving up fags and booze, the car fixed again and all that, I thought I would play on her sympathy so tackled her again.
‘All right, Darling, I will pick it up in town tomorrow’


Before the cottage was finished, we lived for over a year in what was to be the kitchen of the restaurant.  There was no running water.  Any water we needed we fetched from the river until I dug the well at the cottage site two kilometres away.  To relieve us of the stress of hand washing laundry, we bought a cheap Chinese double drum top loading washing machine which we filled with water using buckets.  It was pretty hopeless and destroyed clothes rather than clean them.  When we moved in to the cottage it came with us.  One thing I learned in the army as a soldier was to stay on top of your dhobi.  The more it built up, the less inclined you were to get stuck in and the thought of all that ironing was soul destroying.   This machine was only just better than hand washing but still, the very thought of standing there in the sun for hours on end tending to it put us off doing the laundry until there wasn’t anything left to wear.  Some of the mixed outfits we ended up wearing as we scraped the bottom of the wardrobe were bizarre in the extreme.
Ed rang me to ask how I was getting on with my electronic cigarette.  He was the one who recommended the eGo based on his experience.  I told him I thought it was brilliant.  Having had his longer he said that the heating element gets weak after a while so he recommended getting in some spares, he was ordering some now.


‘Well order me some too,’ I said, ‘I still haven’t forgiven you for getting your eGo sent out and not thinking of putting one in the parcel for me.’
‘When are you going to come down and see us?’ I asked, he still hasn’t seen the new place.


‘No transport at the moment,’ he said, ‘I am still waiting for Dias to give me my car.’
‘Marcia is in town tomorrow, she can pick you up.  Stop over for the weekend and enjoy a good feed and bring all your dirty washing, Marcia is buying me my Christmas present, you can help her load it into the car!’


‘I have loads, are you sure you don’t mind?’
‘Of course not!’ I assured him, ‘I won’t really know how to use it first time so I would sooner push someone else’s dhobi through it in case I balls it up!  Just make sure Marcia buys the right kind of washing powder.’


‘You mean there is a difference?’ he asked.
Well, I thought, Ed went to a good school and wears handmade shoes in Angola so I don’t suppose he has ever done his own laundry let alone grasped the difference between washing powders destined for use in a basin or those for use in a machine.


Now all I need to screw out of Marcia is a decent steam iron and a sturdy ironing board.
Posted by Hippo at 20:47