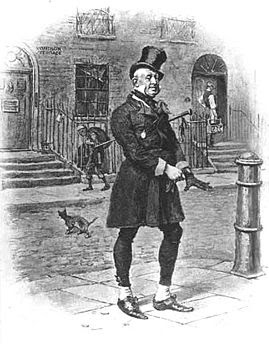 I link to Ian Cowie’s blog. If you are reading this, it is there on the right hand side of your screen if you scroll down to ‘Interesting blogs’

What I did not realise was that the Daily Telegraph use that link to feed any and all financial articles so when I click on it, often as not, I don’t get Mr Cowie (erudite, informed and sympathetic to his readers most of whom are bereft of a PhD in Economics), I get someone else entirely.

Today, I got Andrew Lilico and his article entitled, ‘On what is and is not an argument about Ricardian Equivalence (long and wonkish, but politically relevant)’

Merely the title he gave his tome should have served as an urgent health warning to anyone foolishly trespassing within reach of his intellectual wit. Having been fooled by the ambiguity of it and walked off that very short pier a simple mouse click entails and then floundered hopelessly in the mire of his tortured logic, I was only saved by the divine intervention that caused my laptop battery to fail (clearly God is not ready for me yet). All I can say is, don’t go there unless you are a fairly determined but as yet undecided suicidal. Even the most awful death would be a blessed release.

The worrying thing is, though, that clearly governments are being advised by an army of Lilicos (just read his CV and the comments below his post, assuming you can make it that far before suffering a cardiac infarction). There are loads of Economynists out there and not one of them can agree with the other. 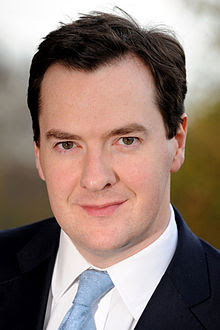 George Osborne, a gullible man, sadly all too real

I self administered a couple of squirts of Nitrolingual and a handful of Inderal tablets and pressed on finally getting to the penultimate paragraph:

“Relative to a tax-funded programme, deficit-funded spending isn't expansionary in this case, because if consumers face a one-off tax increase of $100 billion they will not cut their consumption by $100 billion in the first year, either. If the spending is expansionary at all, it is precisely as expansionary whether funded by taxes or by debt. Krugman is mixing up Ricardian Equivalence with the claim that consumers are forwards-looking (which is a requirement for Ricardian Equivalence, not the theorem itself).

'Forwards-looking'? I guess that with a name like Lilico, English might not be his mother tongue but being a thick bastard, I have obviously missed the point. Besides, I really did not want to kill those few readers I have by cutting and pasting his more lethal paragraphs.

If this is the sort of educated yet conflicting advice that grocer’s daughters or Selfridge’s towel folders get when assuming office, flushed with an ardent desire to heal the world, no wonder we are in such shit and they age so quickly.

Financial markets, the basis of our economy, are based on a fiction. While exhorting Joe Public to be responsible, to go easy on the store cards, to beware the £1000 instant credit for the new plasma and to invest 70% of their income in personal pension plans and private health insurance, the government injects yet more taxpayer funded cash into the economy through the banks to stimulate yet more lending, resultant debts, however bad, that can be repackaged and turned into bottom line assets and sold on to other financial institutions some of whom, you may be shocked to learn, fail.

Western governments ridicule African leaders for their vanity projects but how would you classify Trident nuclear submarines and a high speed train link from London to the north? Who the hell wants to go up there at high speed? If I am heading north, I would at least like the time to get smashed. The Olympics, the most internationally visible expression of self adulation pale into insignificance in comparison and all are funded on the ‘never never’ of government borrowing.

Lilico described his own article as ‘Long and Wonkish’. Well, it was definitely long. I am not sure about ‘Wonkish’ though, mainly because like the rest of his article, I haven’t a clue what it means. Perhaps it is an economist’s term for gratifying one’s self over the first draft of one’s manuscript. All those big words and obscure references that plebs will not be able to understand, but the giggling Wonkers behind the bike sheds will.

Personally, I subscribe to the greatest, yet sadly fictitious, economist of all time. Would that our politicians could absolve their responsibilities for a whole country as efficiently as some of us run our own households based on the Micawber principle:

You cannot borrow yourself out of a hole. All you can do in such a situation is skulk at the bottom of it, foregoing the nuclear deterrent, alternative power and the plasma TV until you can afford to pay cash for the ladder to get you out again.

Mr Lilico may have given us a decisive insight, who's to know? Certainly not I. It is all Greek to me.